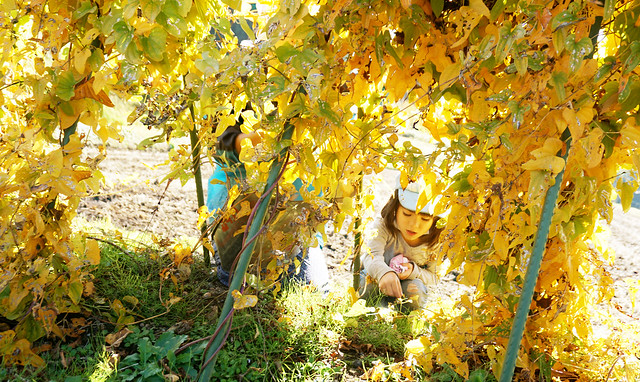 It doesn’t matter which season, they are all “the best” when it comes time to enjoy whatever grows at that time. Now it is time for nameko mushrooms (nothing makes better soup) and mukago (tiny potaotes that grow on vines)

We took Mona out of school today because of the beautiful weather and some mukago bushes that have been waiting to be harvested.

I couldn’t find any English info on Mukago – in fact google has a post on my blog from 2011 as the number two result. I wonder if Mona remembers this… 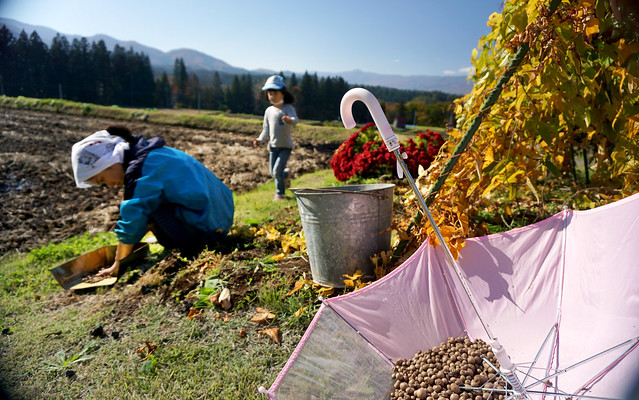 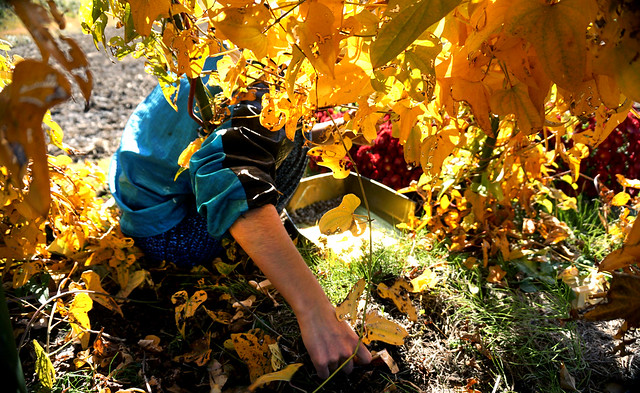 I am now sitting in our apartment in Nagoya. It is September, but it does not feel like September. It feels the same as it was a week ago, and two weeks ago. The only difference is that I noticed a lone cicada crying yesterday, compared to a few weeks ago when the children’s main activity was searching for the loud cicadas. Oh, and the building being built along the walk to Mona’s school is progressing well, so there is some change see – even if it is not seasonal.

We will be going back to the village later in September, and hopefully we can share in some of the mushrooms and mukago, though it might be a bit too early.

Foraging for the mukago potatoes. This is not really foraging though, because we are just taking them from a neighbor’s field where she is growing the large “nagaimo” under the ground. The “mukago” are just an unwanted byproduct for her. We are happy to take them home though and eat them – either fried or boiled with salt, or else we put them in the rice cooker together with the rice.

To be completely honest though, we left a big bag of them behind because we could not use them all. Another big value for us is just picking them together with Mona. The umbrella is because they fall very easily from the vine, so we put the umbrella below and shake the vine. 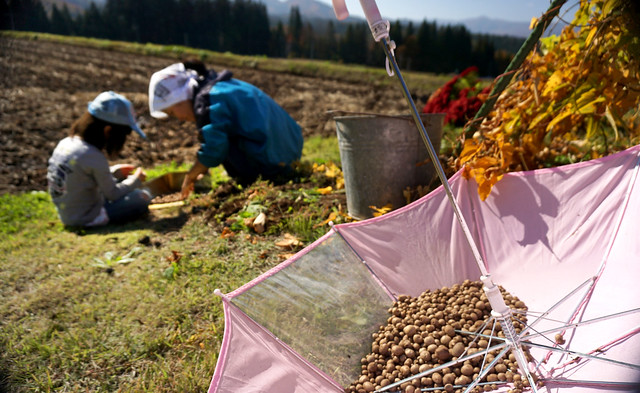 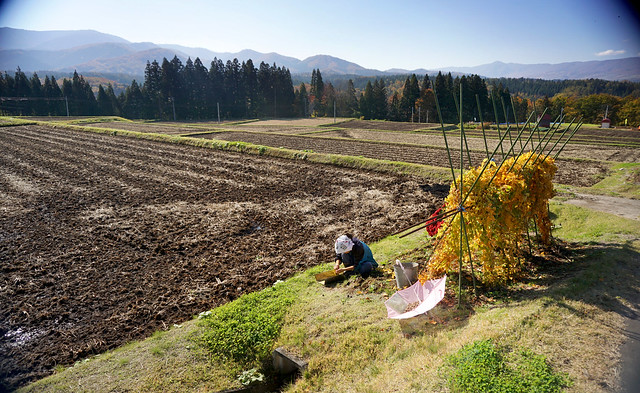 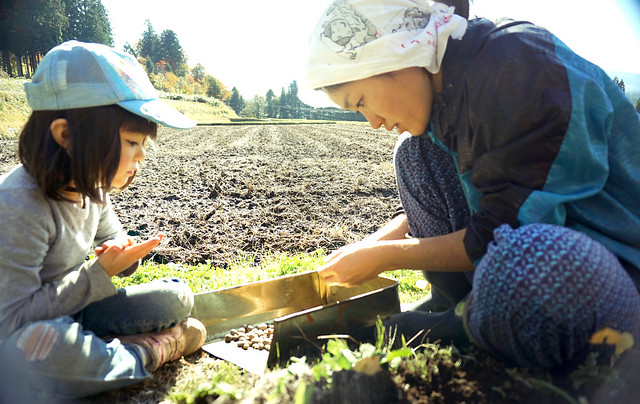 While taking a break we took a short one hour hike through the surrounding area. Nothing extreme, but thanks to the good weather it was a nice walk. 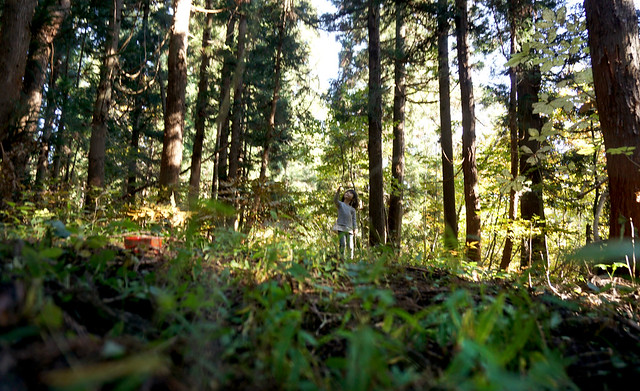 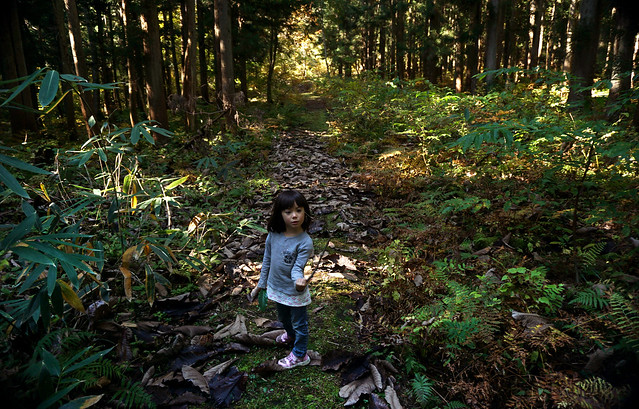 And then Mona and Tomoe decided to take a nap sandwich. 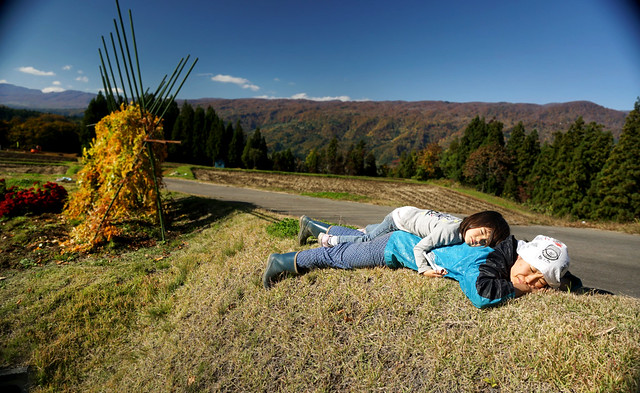 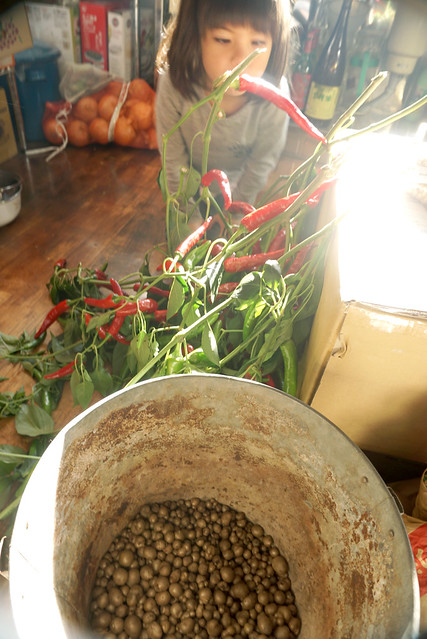 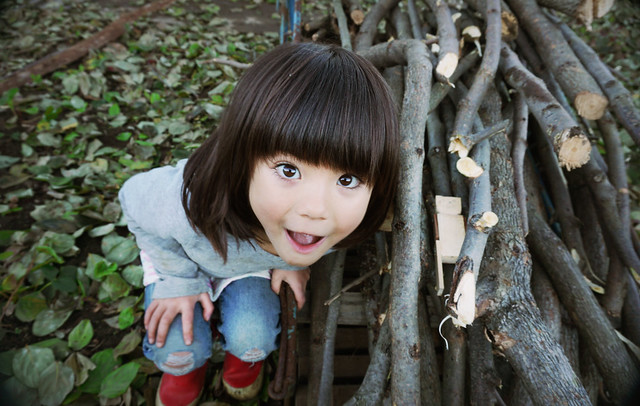 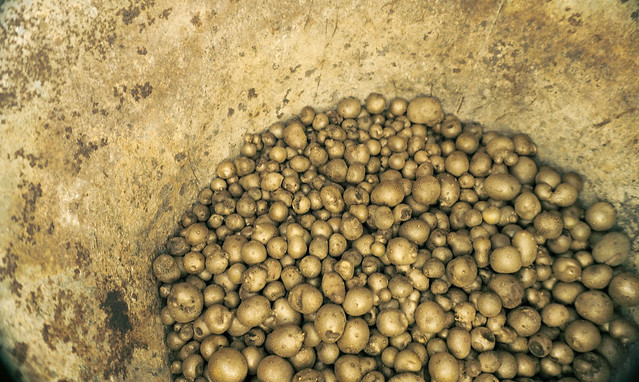 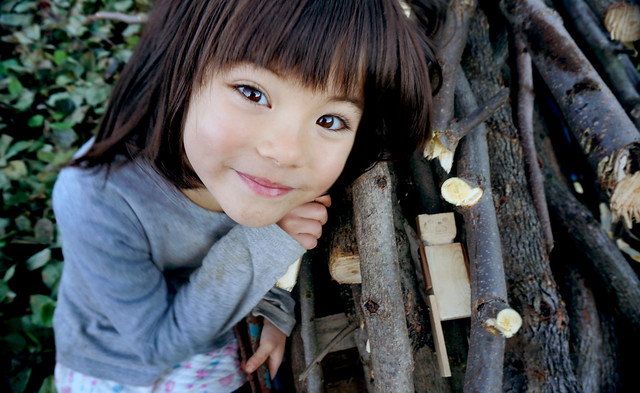 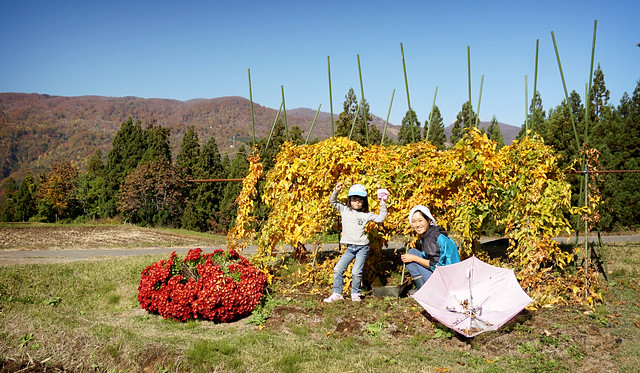 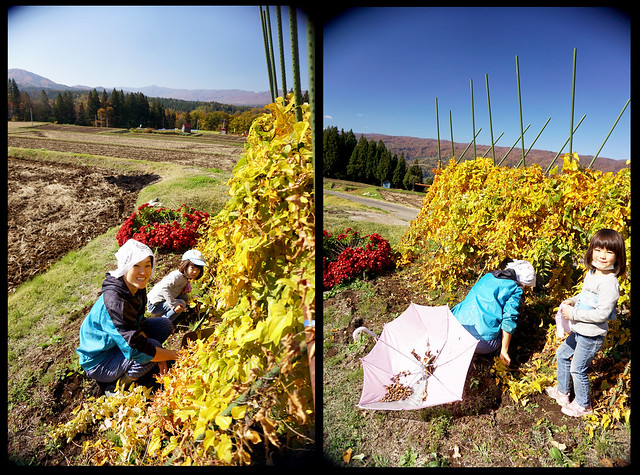 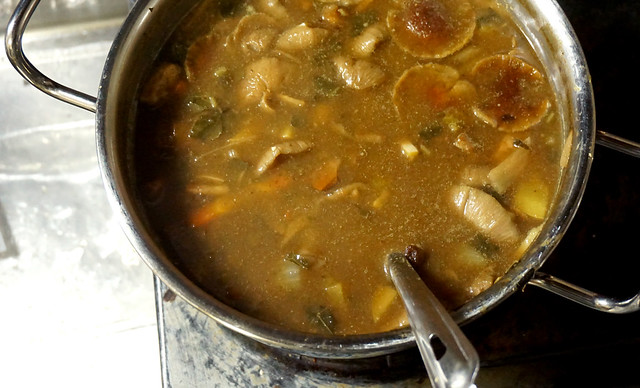